Razikova Ilmira Sadullaevna
Head of the Department of Nursing, professor.
In 1987 he graduated with honors from 2 medical faculty of Tashkent State Medical Institute. 1987-1993 he passed clinical internship at the Republican center of allergic. 1993 worked as an assistant in the clinical course of allergic. Keeping this basic job working at the Tashkent Pharmaceutical Institute. In 1997 she defended her thesis on “Pharmacological studies of new bio-stimulator Stimusola.” In 1998, she worked at courses doktarantom clinical allergy in 2 Tashkent State Medical Institute. In 2003 she defended her doctoral thesis on “Blade and immunological features of the treatment of atopic asthma in adolescents and development of optimal differential treatment programs.” In 2003 she was appointed head of the courses on nursing. In connection with the formation in 2005 Toshkentskoy selectively Medical Academy was appointed professor of propaedeutics internal medicine, hematology, occupational diseases and nursing. With sentebrya 2011 to date, he worked as head of the department of nursing.
There IS Razikovoy has about 100 scientific articles, books and teaching aids in her scientific work. Actively involved in public works of the Academy and the department. From the IS Razikovoy in 2003-2011, we have been edited dissertations, monographs, teaching aids and scientific articles.

Today, under her leadership, she defended a PhD thesis and working on two master’s theses. 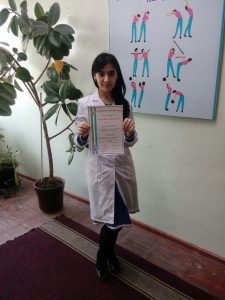 Mirpayziyeva Mutabar Abduganievna. Assistant of Nursing Department. She graduated from TMA “High educated nurse” faculty in 2004. In 2007, she had master degree in management of Healthcare system direction. Her master’s research was dedicated to “Treatment algorithms of bedsore in surgical department”.
From September 2007 up to today she has been working at Nursing Department as an assistant. Besides, she takes part in care organization of 2nd Cardiology department’s patients.
Scientific action results of Mirpayziyeva M.A. 3 student’s books, 11 scientific articles, 12 methodologic guides and 19 theses are published. She is also very active in public life. 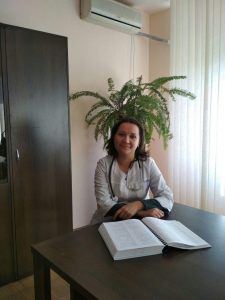 Baibekova Venera Faridovna was born in 1985. In 2002-2009 she was trained at the medical faculty of TMA. In 2009-2012 she studied at the TMA Master in the direction of internal diseases. Since September 2012 he has been working at the department of nursing care as an assistant of the department. Since September 2018, she has been working at the Department of Allergology, Clinical Immunology and Nursing, as an assistant at the Department. Until today, she has published 8 foreign scientific articles, 27 articles and a thesis at the Republican level in co-authorship. Plans for the future: plans to conduct scientific research under the guidance of Dr. Med. Professor Razikova I.S. on the topic “Improving the treatment of complicated bronchial asthma”. Scientific action results of Baybekova V. F. 5 student’s books, 9 scientific articles, 9 methodologic guides and 18 theses are published. She is also very active in public life.

Usmanova Zarifa Turgunovna. Assistant. She was born in 1983. In 2003 she graduated from the Medical College named after Prof. M.S. Tursunkhodjaevs. From 2004 to 2005, she worked as a nurse at the First Tashkent Medical Institute, Department of 1st Surgery. 2003-2005 student of the faculty nurse with higher education of the Tashkent Medical Academy. 2009-2011 worked as a lecturer in the department of propaedeutics of internal diseases, hematology and military field therapy, occupational diseases, nursing of the Tashkent Medical Academy.
In 2016 she graduated from the magistracy in the direction “Organization and management of nursing” in the School of Public Health of the Tashkent Medical Academy. Since November 2017 he works as an assistant at the School of Public Health. At present, published 5 scientific articles and 8 theses. He constantly studies English and computer technologies. 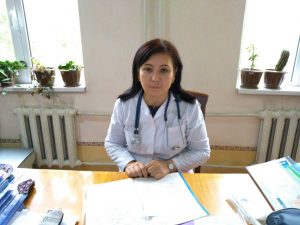 Azimova Оlmakhon Sheralievna was born in 1993 year. In 2009 year entered the Chilanzar Medical College and graduated in 2012 year. In 2013-2014 she worked as a nurse in the Cardiology Department of the 2nd City Clinical Hospital, in 02.03-02.09.2015 in the 3rd family polyclinic, in 2017-2020 in the Neurology Department of the Central Clinical Hospital of Railways. In 2015-2018 she graduated from the Faculty of Nurses of Higher Education of the Tashkent Medical Academy. In 2018-2020 he graduated from the master’s degree in the direction of “higher nursing work (organization and management of Nursing work)” in the school of public health care, from June 15, 2020 to the present time he works as the chief specialist in the Statistics Department of the regional branch of the National palatasi Tashkent region of innovative health, from To date, she has participated in the writing of 1 textbook for nurses with higher education, and 1 teaching methodological manual has also Published 5 scientific articles, 3 theses.